I Didn’t Know That – Moab Curiosities 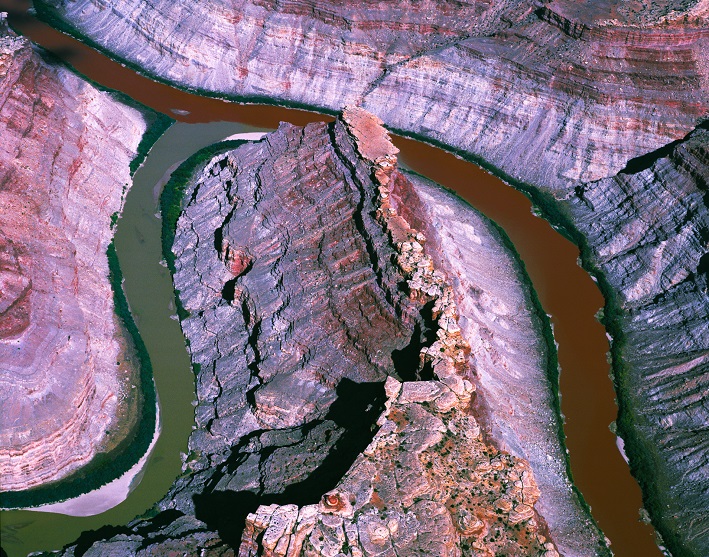 The naming of one of the most famous and well-known rivers in the world has had quite a history in itself.

Native Americans had names like Tomichi, Nah-Un-Kah-Rea, or Akanaquint for the Colorado and its main tributaries.

“Colorado” is Spanish for the color red. Spanish explorers named the river for the reddish color from the reddish hue of silt the river carries.

The Grand River whose headwaters are in Rocky Mountain National Park near Grand Lake, Colorado, flows 350 miles from Grand Lake, through Grand Junction, and on into Moab down to the confluence with the Green River. The river from the confluence down has always been named the Colorado River.

Landscape Arch, in Arches National Park, has the longest span of any arch in North America and an opening measured at 306ft (longer than a football field)!

The famous massive sandstone boulder perched atop the pedestal in Arches is estimated to weigh 3,577 tons.

Southern Utah packs all sorts of contrasting, amazing, and beautiful geography into an area larger than the state of Tennessee.

Sixty three percent of Utah is public lands. This includes the land that Utah promotes as the “Mighty Five,” the five magnificent national parks that call Utah home: Arches, Canyonlands, Bryce, Zion, and Capitol Reef. Utah also has eight national monuments, five of which are in the southern part of Utah as well.

Native Americans knew there was something about this space, as this area has one of the highest concentrations of ancestral Puebloan artifacts found anywhere.

A natural bridge is one type of natural arch in which a current of water such as a stream was a big part of the bridge being formed. Natural bridges today may or may not still have a stream running under them. Natural bridges tend to be in canyons, sometimes quite hidden.

For an arch to be considered an “official” arch, it has to have an opening of at least three feet in any direction. They are formed by groundwater or ice eroding sandstone, aided by gravity and time. They may sometimes be the last remnants of collapsing rock walls.

Arches can be found both high and low, either out in the open or hidden and obscure.

A natural window is simply an arch that gives the appearance of looking through a window. The Windows section in Arches National Park has many large arches.

Tower or Butte or mesa?

A rock tower is consistent in size from the base to the summit. A tower is one of the most distinguishing features in Moab. Climbers love to test their skills on towers. Castleton Tower, seen off Utah Hwy 128 near the Castle Valley Road, is a great example.

A butte is an isolated hill with steep, often vertical sides and a small, relatively flat top. Buttes are larger than towers, but smaller landforms than mesas. Monitor and Merrimac, seen off Utah Hwy 313, are good examples.

A mesa is a flat-topped mountain or hill. It is a wide, elevated landform with steep sides. Mesa is a Spanish word that means table. Spanish explorers used the word because the tops of mesas look like the tops of tables. Parriott Mesa, easily seen off Utah Hwy 128, is a good example. Also, Island in the Sky is a large mesa.

The Island in the Sky is a huge, level sandstone mesa situated between the Green and Colorado Rivers separated from the rest of the Colorado Plateau by a narrow strip of land named The Neck.

The Neck is 40ft wide and is the only connection the Island in the Sky has with the main plateau. The land drops away almost 1,000ft to the basin below. Without The Neck, it would be a true island of land.

Typically, water follows (or flows) down a valley. However, the Colorado River is much older than the Moab Valley. Groundwater dissolved buried salts under what is now Moab, causing the valley’s collapse.

The Colorado River maintained its ancient course cutting through what is now referred to as the Portal, where Kane Creek Road and Potash Road meet the river on opposite sides. This makes the Moab Valley a paradox valley.