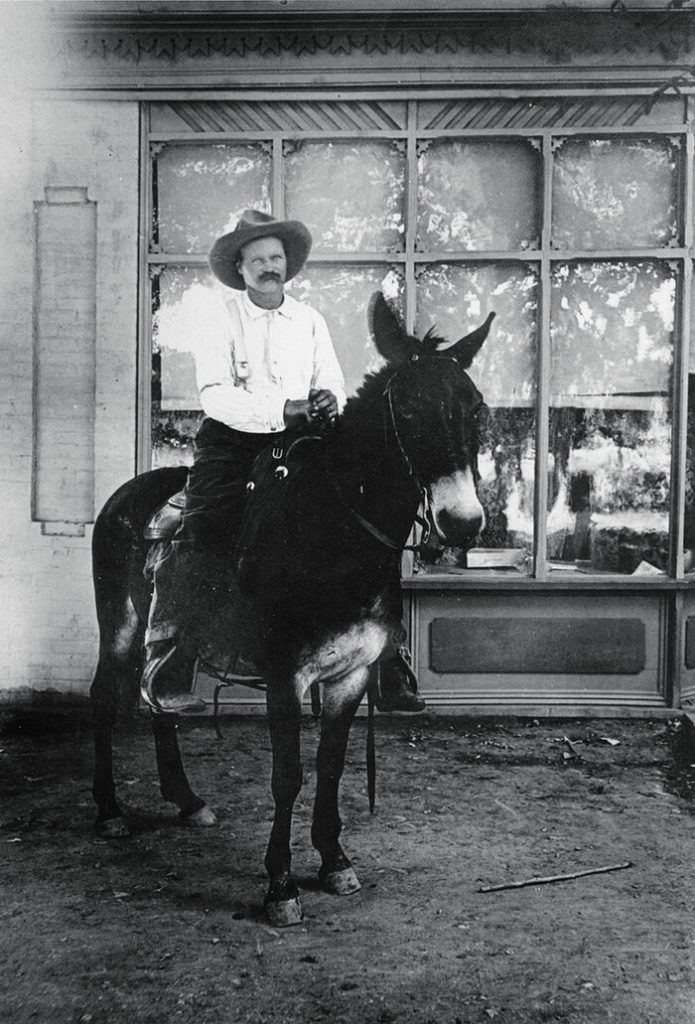 Even before the advent of “talkies,” filmmakers have used the landscape of southeastern Utah as a backdrop for westerns, starting with The Vanishing American in 1925, and continuing that tradition with classics like Forrest Gump and 127 Hours. The Moab to Monument Valley Film Commission was formed in 1949. Seventy-one years later it is the longest-running film commission in the world. The area now boasts hundreds of productions and has expanded to include all genres—from adventure dramas and sci-fi epics to road-trip comedies and post-apocalyptic sagas.

The red mesas and canyons from Wagon Master, City Slickers II, and Westworld can all be seen on Scenic Byway Utah Hwy 128. Drive to Dead Horse Point and see the scenery from Thelma and Louise, The Lone Ranger, and The Greatest Story Ever Told. Scenes from Indiana Jones and the Last Crusade, The Hulk, and John Carter were filmed in Arches National Park. For local filming news, sign up for the film commission’s newsletter at filmmoab.com, or follow on Facebook, Instagram, and Twitter @filmmoab, or call 435-259-4341.

On the banks of the Colorado River, this unusual desert oasis provides a haven for more than 200 bird species, amphibians, and aquatic mammals, including muskrat, beaver, and river otters. There is an accessible one-mile loop trail, wildlife viewing blind, and self-guided tour brochures. Free, open year-round dawn to dusk, no dogs allowed. 934 W. Kane Creek Blvd., 435-259-4629.

The Moab Museum of Film and Western Heritage, located inside Red Cliffs Lodge, houses memorabilia from the early films to the present. In the late 1940s the legendary John Ford discovered the rugged beauty of Moab’s Canyonlands and filmed the first of many movies such as Wagon Master where Red Cliffs Lodge is today. John Wayne, Henry Fonda, and Rock Hudson are just a few stars that worked on location at the ranch. The museum is free, self-guided, and open to the public daily. 435-259-2002, redcliffslodge.com.

At Moab Giants Dinosaur Park, you can get up close and personal with Moab’s Mesozoic residents. Best described as the perfect balance of adventure and science, Moab Giants appeals to all ages through its variety of interactive exhibits.

Start your adventure in the 3D Theater, where you’ll see the beginning of the universe played out in a beautiful short film. Continue the fun in the 5D PaleoAquarium and meet some rather large, toothy inhabitants of the warm seas that once covered the area. Head outside to the half-mile Dinosaur Trail, which takes you for a walk among full-sized reconstructions of more than 100 dinosaurs and their tracks. Curious about what it’s like to be a paleontologist in the field? Check out the Paleo Camp and try your hand at uncovering dinosaur bones in the Dig-It-Out-Sites. Moab contains one of the largest collections of fossilized dinosaur footprints in the world. Find out why in the Tracks Museum, where you can also view the research lab. For your dinosaur fix, stop by Moab Giants. 435-355-0288, moabgiants.com.

Named one of the “Best Small Town Libraries in the U.S.,” the Grand County Public Library celebrated its centennial in 2015. This beautiful library offers computers for scanning, proctored tests, and media. It also offers a free wireless network. There is no fee, but donations are welcome. Restricted computers are available for research or schoolwork. Media computers are handy to download pictures from cameras or burn CDs. Printers are also available. A lovely, partially shaded outdoor courtyard has tables and chairs with WiFi access. The library also sells used books in their foyer and hosts films of interest and notable guest speakers.

Opening Spring 2020, the new Moab Museum is a space devoted to learning about Moab and the Colorado Plateau from past to present, through the stories, voices, and artifacts of the people who came before.

A revitalized visitor experience and completely re-imagined exhibit tells the story of human influences and impacts in the region throughout geologic time. With state-of-the-art display techniques and modern interpretive methods, the Museum will be able to tell a more complete story of the cultural and natural history of southeastern Utah. Today’s Moab Museum remains a small museum with big stories.