This area has abundant rock imagery, dwellings, ceremonial sites, and granaries reflecting the historical and cultural significance to a variety of Native American peoples.

The rock imagery found in this entire region can be traced as far back as 3000 B.C. through the 19th century. Earliest drawings are classified as Desert Archaic, then ancestral Puebloans, and the most recent are Navajo and Ute traditions. Absolute dating of rock imagery is challenging; relative dating is easier. 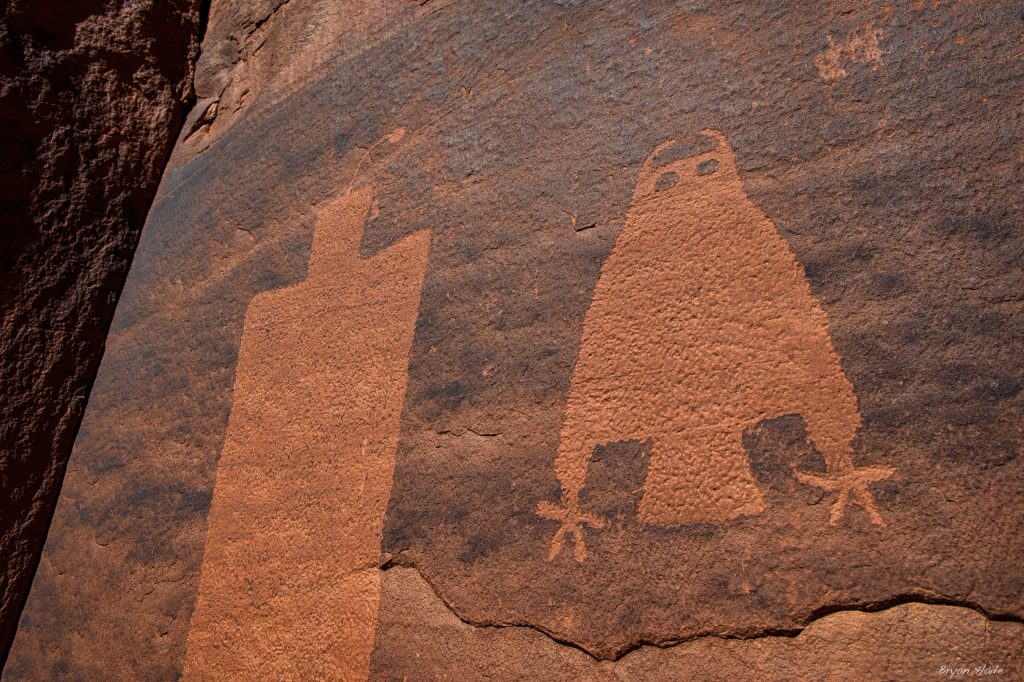 Petroglyphs are images that were chipped, ground, scratched, or pecked into rock surfaces. Oftentimes you will see both methods used concurrently. Petroglyphs have survived the ravages of time since they are engraved and not drawn. 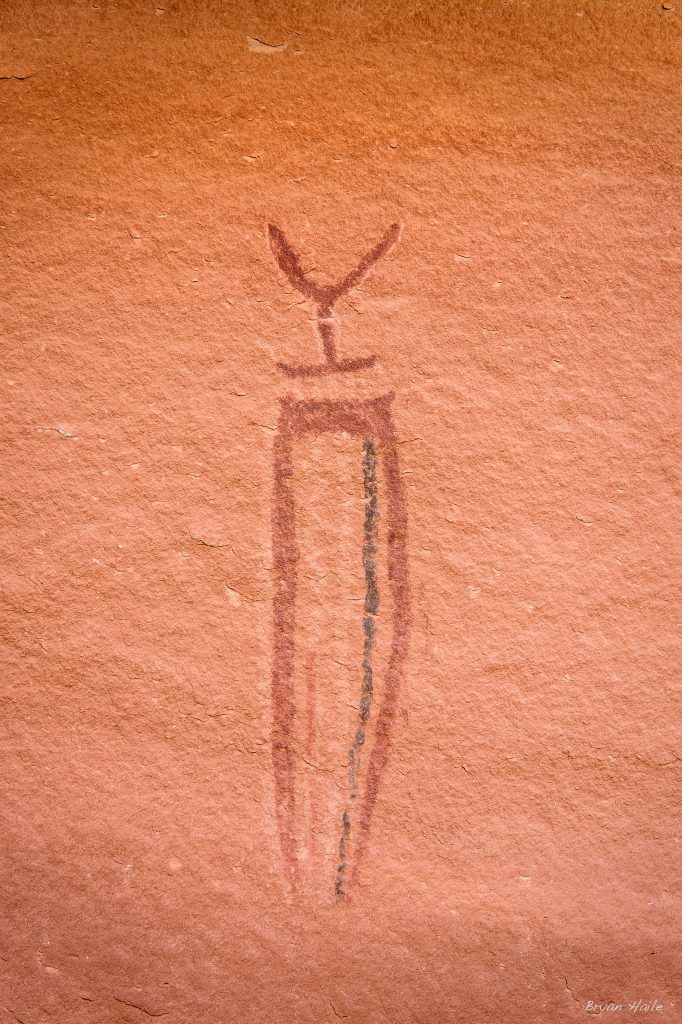 Pictographs are figures that were painted on rock surfaces, usually with a stick brush or fingers. The “paint” consisted of minerals, ash, charcoal, crushed plants, or a mixture of these. 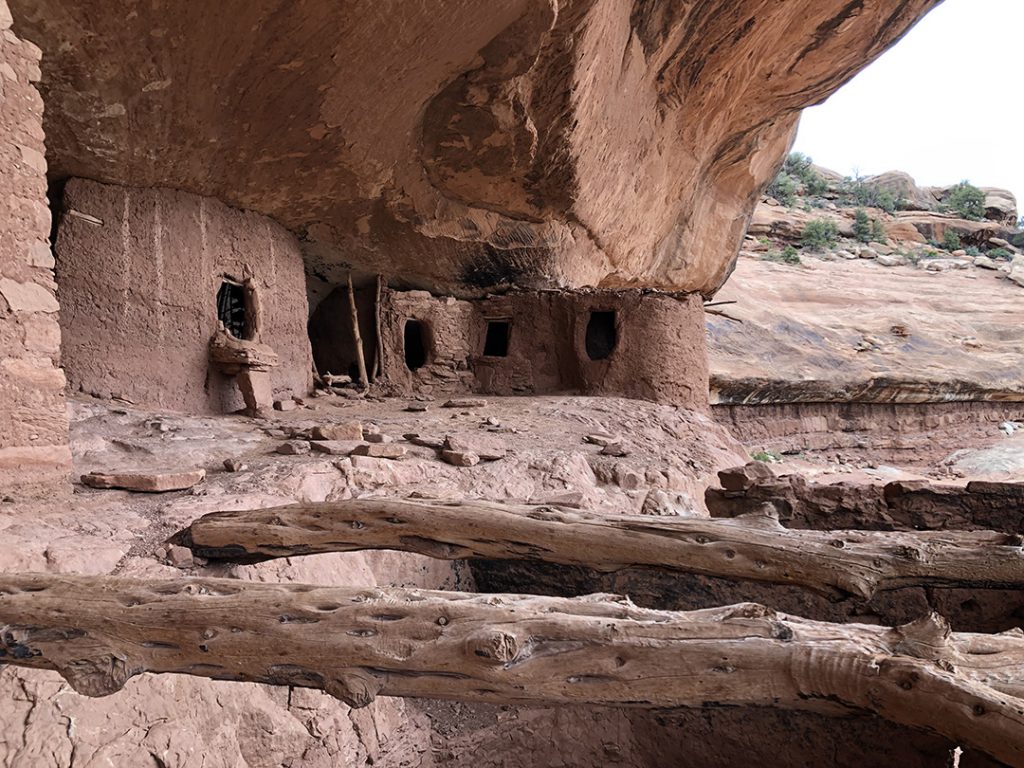 A dwelling is a collapsed structure with shards of pottery and stone tools often left on the dusty grounds.

A granary is a storehouse or room for threshed grain or animal feed. Granaries are often built above the ground to keep the stored food away from mice and other animals.

Dwellings are artifacts and should be treated with respect. Help preserve sacred and precious rock imagery panels. Leave things exactly as you found them.
Please remember that it is illegal to collect fossils and tracks from public lands.

The Moab Information Center has an e-book with more details on the local rock imagery and where to find it. Visit discovermoab.com/moag.

After a bit of a facelift, the museum will re-open the spring of 2020 with state-of-the-art display techniques and modern interpretive methods telling a more complete story of the culture and natural history of southeastern Utah. 435-259-7985, moabmuseum.org.

For a truly amazing look at artifacts of ancient civilizations, head to Blanding and spend some time at Edge of the Cedars. The museum is a federal archaeological repository and houses a large collection of prehistoric objects from the region spanning thousands of years. 435-678 2238, stateparks.utah.gov/parks/edge-of-the-cedars.

Trail of the ancients

This federally-designated national scenic byway circles through the ancestral Puebloan country of southeastern Utah. You can view archaeological, cultural, and historic sites. Visiting all of the sites can take up to five days or more, or in day trips.

Rock imagery sites on federal lands are nationally protected areas. The art is extremely fragile, and once damaged the site can never be repaired to its original condition. Oils in a single handprint can chemically affect the rock surface so please avoid touching the art. You will see evidence of vandalism such as bullet impacts, names and dates incised on the rock surface, as well as remains of latex molds and chalk marks. Contact the Moab area public land agency offices for more information.