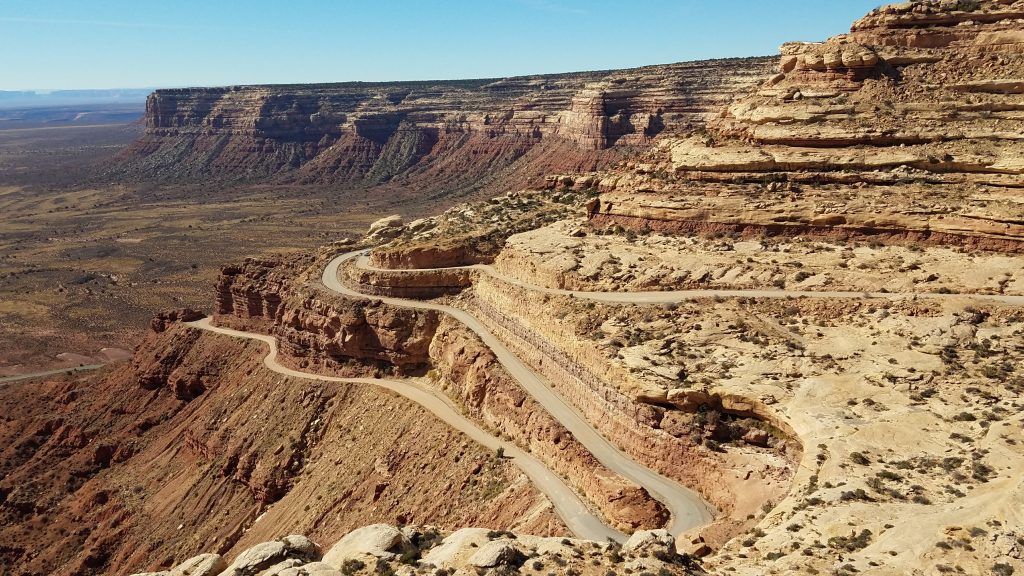 The Moki Dugway offers breathtaking views of the majestic area around it. Located on Utah Hwy 261 just north of Mexican Hat near Bluff, it makes its way up (or down if you are coming from the north) a staggering, graded dirt switchback road carved into the face of the cliff edge of Cedar Mesa.

The road consists of three miles of steep, unpaved, but well-graded switchbacks (11% grade), which wind 1,200ft from Cedar Mesa to the valley floor near Valley of the Gods.

Driving this road should be high on the list of anyone exploring the area.

The road into Valley of the Gods starts at the bottom of the descent. Adding this loop to your trip makes a wonderful sightseeing adventure. 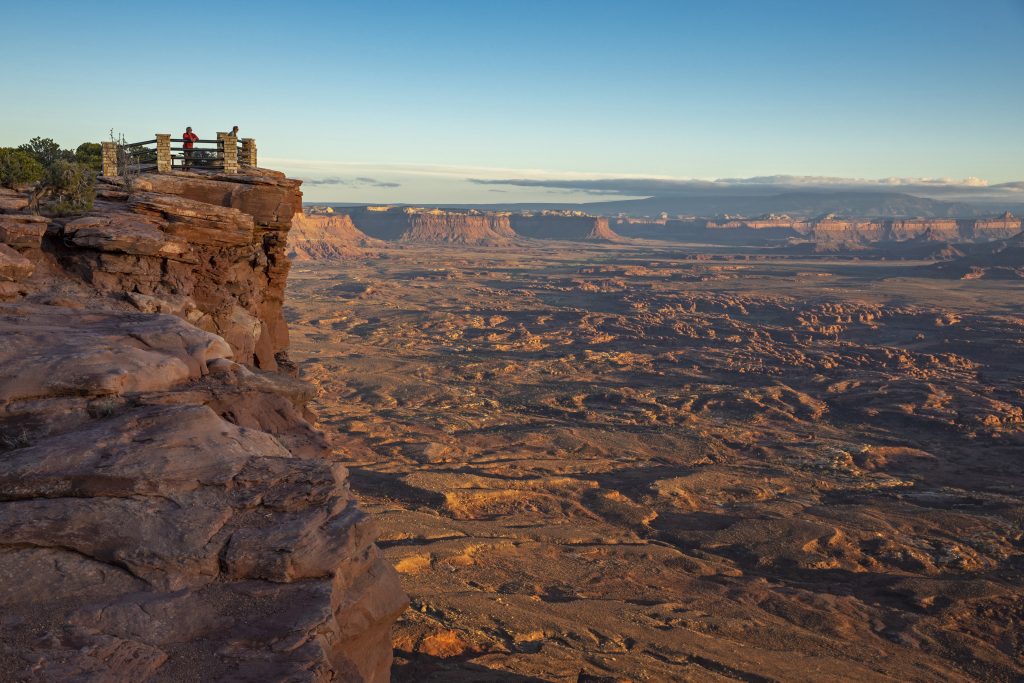 Needles Overlook sits on a peninsula of rock 1,600ft above the southern part of Canyonlands National Park (this point is actually part of Canyon Rims Recreation Area, managed by the BLM). This point offers close to a 360-degree view of the area and is great for a sunset stop.

Since this point is so remote, you won’t experience the crowds of Island in the Sky or Dead Horse Point, but the views are just as good! There is a path that will take you around the point where the view continues to get better.

Take US Hwy 191 to the Needles Overlook Road/Utah Hwy 133. The Overlook is another 23 miles and well worth the trip. There are picnic tables, informational signs, and pit toilets, but no amenities.

This rock panel is one of the largest known collections of petroglyphs in the country. These petroglyphs date more than 2,000 years old. Markings are from the Fremont, Ute, and Puebloan Native American tribes.

There are over 650 rock imagery designs including animals, human figures, and various symbols, some thought to be religious in nature.

At the edge of the world

Well, you will feel like you are at the edge of the world when you get to Muley Point. It’s hard to find words to describe this point that overlooks the Goosenecks of the San Juan, Goosenecks State Park, and Monument Valley.

The views never stop and at night, the stars continue to shine!

Access Muley Point at the top of the Moki Dugway. This nine-mile road is very sandy and not advised to take in bad weather, pulling a trailer, or in a large RV.

The Kane Gulch Ranger Station serves Cedar Mesa and the Shash Jáa Unit of Bears Ears National Monument. They have an amazing rock imagery exhibit that shows the archaeology and ancient cultures. Their interpretive displays include photographs and drawings of numerous prehistoric sites, primarily rock imagery, and of archeologists at work.

They have parking for area backpackers and day hikers (permits required), and a great gift shop. Water is available for purchase. Restrooms are available. 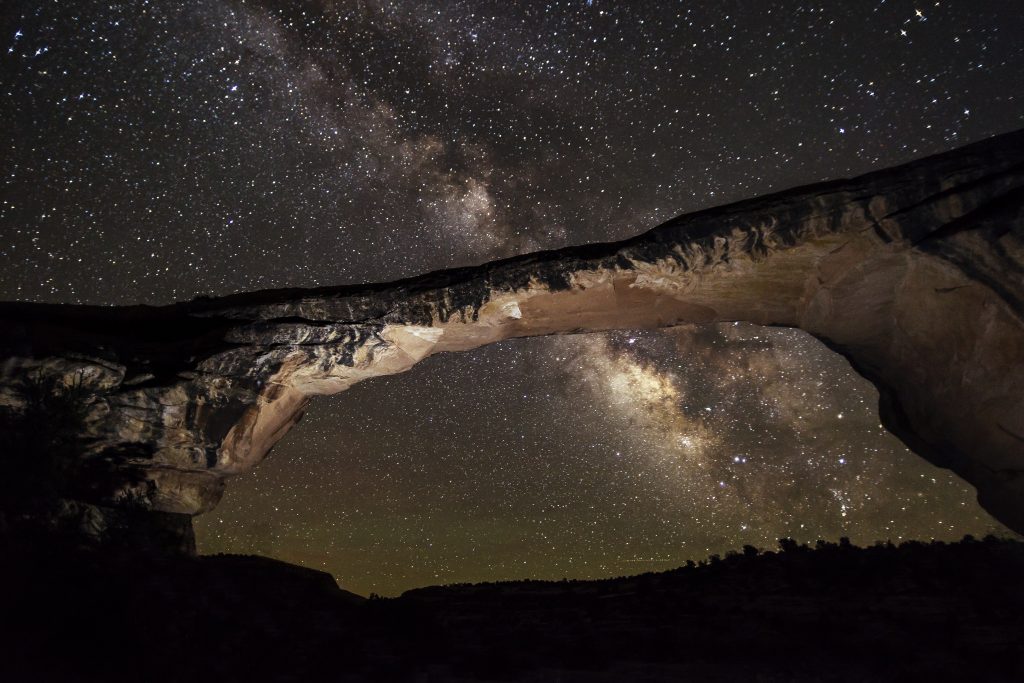 Today’s light pollution makes it difficult to see the night sky to its fullest. More than a third of the earth’s population will never see more than a few constellations. However, in this part of the world, seeing the stars come out at night is as easy as walking outside and looking up. Some of the darkest skies in the contiguous 48 states are found in this part of Utah from Moab to Bluff.

Natural Bridges has one of the darkest night skies in the country and is the world’s first International Dark-Sky Park.

At Natural Bridges viewers can see more than 15,000 stars. (In an urban setting you can see about 500 on a clear night.)

If you can’t get into one of the parks at night, don’t worry. The towns in this part of Utah don’t have much light pollution so the skies are wonderfully dark everywhere.

Canyon Country Discovery Center in Monticello has a planetarium and hosts Dark Sky Parties throughout the year. For more information, call 800-525-4456, or visit ccdiscovery.org.

If you will be taking photographs of the night sky, know that inside any national park it is prohibited to use any artificial light to “paint” or highlight a feature for a night-time photograph.